Less More
6 years 5 months ago #17126 by andgott
Z Scale suitcase layout was created by andgott
I'm just about done with this one! This started as a way for me to keep busy when I had some down time after surgery. I had a z scale train set put away in the closet, and I decided it was time to do something with it. I've still got some areas to detail, and I need to get the electrical work cleaned up a bit. But- It's done for now- I need to take a little break.

Other than the train itself, everything is scratch built...

Closed up, It's nothing too special- 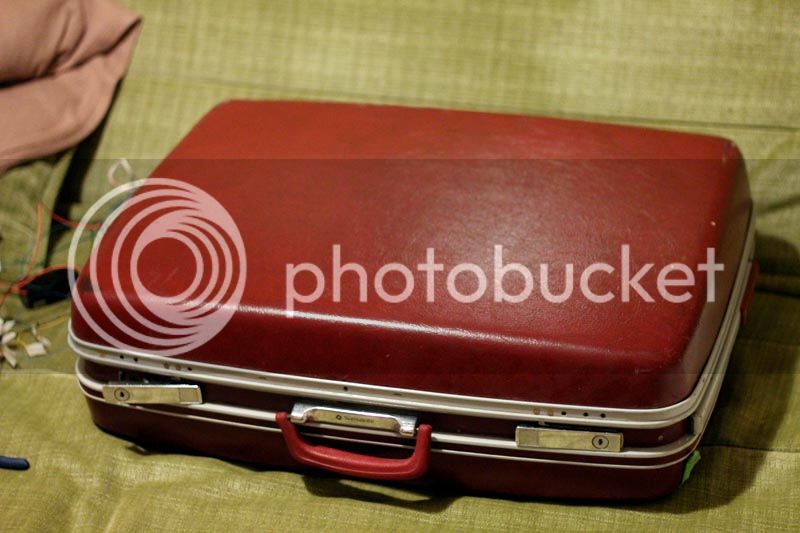 The station sits on a siding right in the middle.- 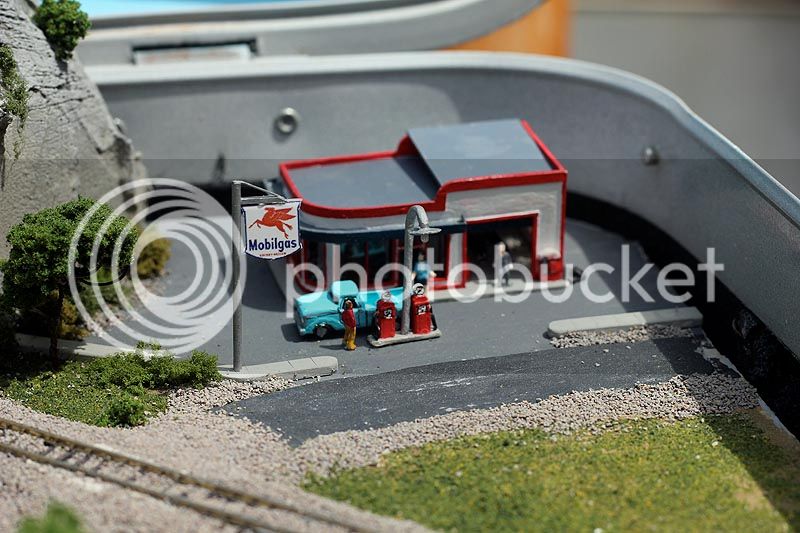 All of the building interiors are fully detailed-

There is a diner just up the road. I based it on the 'gator' diner, which used to be in St. Petersburg, FL... It's gone now, but if you google it you'll see a postcard that featured it. It's a neat building.

Sitting in front is a 1948 Indian Chief motorcycle, and a panel delivery van. Of course, the interior is fully detailed, too-

It's a nice summer day, so it's a great day to take the boat out or hang out on the beach. The boat is a 1960 Glasspar Citation- I have the real thing in my garage, so I had to try a replica.

I worked as a merchant marine officer for 12 years- So I had to add a little tug and buoy, too. The buoy flashes at night. I also built the bridge, which is a replica of one of the N&S five bridges in Indiana Harbor, IN. I used to pass under it several times a week on the ship that I worked on...

Down the road a bit, they are doing a little clearing work to make room for a new building... The Erie steam shovel is scratch built from styrene-

Up on the mountain, there is a little camp scene, complete with a 1964 Shasta camper-

But, it's not all fun up there- they're almost done with a fresh batch of moonshine-

I like it better at night! It's lit with a combination of white LEDs and incandescent lamps. All of them are controlled by a Arduino microcontroller-

And, the flashing buoy. The flash effect is controlled by the Arduino Microcontroller-

I really like using the microcontrollers, they make it SUPER easy to add lighting effects and control the lighting. I plan to add some motion later, using servos controlled by the Arduino. I also plan to use the arduino to control the train as well in the near future. It's a neat toy.

It's time to start thinking about the next project now