Less More
4 years 8 months ago - 4 years 8 months ago #18145 by
Reach Stacker was created by
I have been working on the reachstacker with the winkle coil grabber I'm presently doing another attachment the container lift attachment just received the part today and photo attached. Being in Z scale it hard to be able to switch out the attachments with out breaking something so I will be adding a second inter boom that will side out with the attachment attached to the second boom! I have been working hard to get the boom to raise up and down and inter boom to slide in and out. I had one of the reachstacker setting there with the aluminum coil in the winkle grabber just hanging over the coil car and when I picked it up the boom lowered down so the weight from it holding it up! must have pushed the wax out off the cylinder. I had cleaned it real good but that didn't work getting the wax out because the hole was just to small. Plus trying to push a fine wire I almost broke it so leaving it set for a long time works great! That's one reason I don't paint things right away! wouldn't take the video! 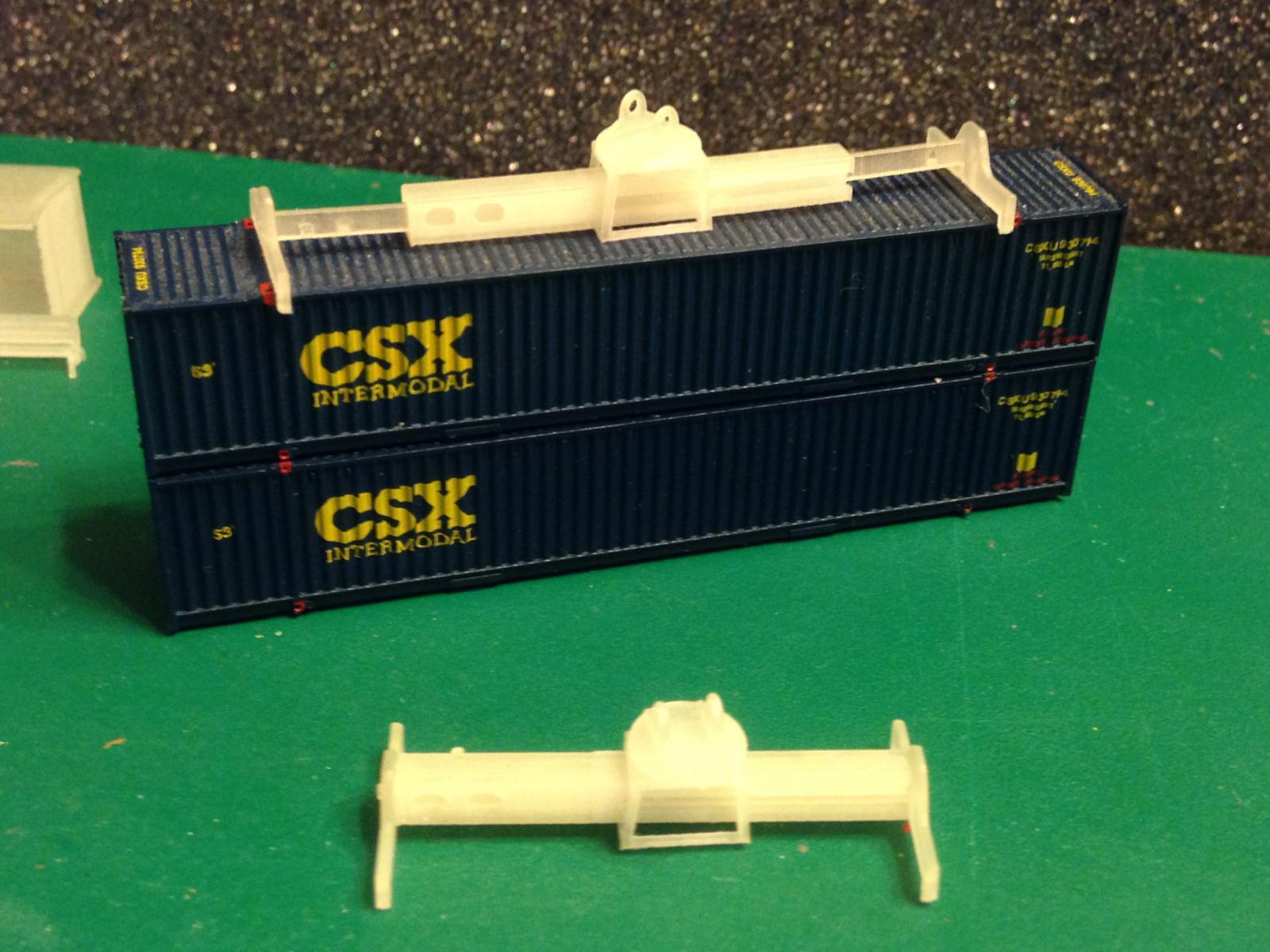 The following user(s) said Thank You: ,